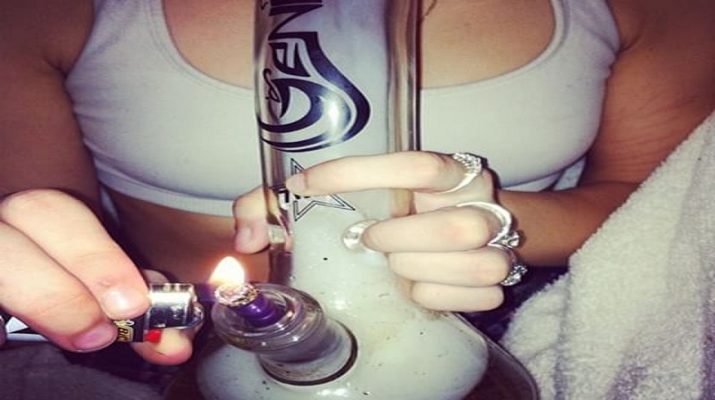 Anyone who has even a limited experience with ‘poppers’ will understand why I recommend to stick to cheap bongs when doing them. Seeming to be a habit which developed and was popularized starting somewhere in Ontario, Canada, poppers are a pretty cool way to spice up your usual weed buzz with an added head-spinning euphoria. Basically a popper is when you start by adding a pinch of tobacco (either from a cigarette, or rolling tobacco is even better) to the bottom of your bong’s bowl, and then adding your pot on top of this. Might sound gross to any non-cigarette smokers, and ya, it kind of is, but live and let live, right?

The nicotine from that small pinch of tobacco when inhaled with your weed will give you a surprisingly powerful sensation of the spins, and a relaxing euphoria courses through your entire body for a minute or two as well. They’re called poppers because if you do them right and quickly blaze through the whole bowl, you’re supposed to keep inhaling even harder at the end of the bowl to quickly burn up the tobacco instead of lingering on it, and a popping noise will often be made as the bowl gets sucked through the downstem. It’s for this exact reason that I recommend sticking to cheap bongs only for this sort of thing, because it will one hundred percent, without a doubt, make your bong dirty as hell. Weed is bad enough when it comes to residues clouding up your glass, so the added tobacco just simply doesn’t help, especially when it’s even being sucked right through the downstem into the water of the bong itself.

One more thing to note is that poppers are absolutely horrendous for your health and lungs. When smoking a cigarette, the filters do a lot of work trapping toxins and carcinogens, and this just doesn’t happen in a bong. The water does not nearly filtrate on the same level as cigarette filters. On top of that, the nicotine from the tobacco is in fact still addictive, so if you don’t even smoke usually but you find yourself craving only poppers when you get home and hit your bong, you may want to consider making it into a weekend-only treat to try and limit yourself before causing lots of unnecessary damage to your lungs.